IY: The Whiplash of Change

My neck hurts. My head hurts. Every joint in my body hurts. I actually have flu or my own personal, annual variant, but that’s not what I’m talking about with this post title.

I’m talking about change. About how fast it can come and throw out all your carefully laid plans. 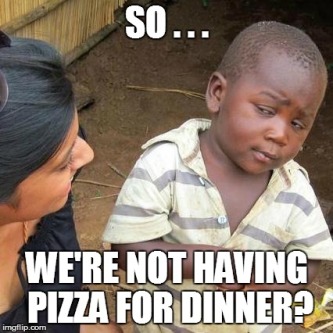 As you all know by now, Silk Over Razor Blades is due for release through Little Vamp Press on 1 December 2014. My giveaway is running, I have a blog tour planned and all is in hand to see that done on schedule.

On Thursday I had the greatest pleasure of attending a panel in which Marc Gascoinge from Angry Robot had a chat with Rod Duncan about the Changing Face of Publishing. I’ve always liked Angry Robot, I’m impressed with the authors they have on their books and the types of stories they release. However submissions are closed unless you’re already known to Angry Robot or recommended to them by an existing author on their books. Neither of these things were true until the end of Thursday night.

I’m all for self publishing, I love the freedom that comes with looking after everything and the thrill that comes hand in hand with seeing a finished product that you planned from start to finish. But an opportunity like this…? I’d be an idiot to pass it up. An idiot beyond measure.

So I put together my proposal and sent it in.

o.O The submission consideration period at Angry Robot is anywhere from 10 to 12 weeks. I don’t for a second believe that I’ll be looked at sooner just because I happened to be speedy or because I got to meet Marc in person. But I do know that I’ll be considered just like everyone else, which means my own plans to publish Silk Over Razor Blades must go on hold.

I’ll be contacting all blog hosts today to let them know what has happened and ask for their understanding and patience. My giveaway information will change slightly to incorporate the fact release of the book may not be as soon as entrants think. But it will continue to run. If the unthinkable happens (yes, unthinkable, you didn’t think I was actually confident about any of this, did you?) and Angry Robot chose to take on the book (and possibly the other two) then I will negotiate with them as to how to honour the terms of the giveaway and winners will be kept fully in the loop at all times. If they chose not to take on the book, then the issue is moot and I will continue to give out the prizes exactly the way I intended to, just a little late.

I’m telling you all this because I never want to mislead you or lie to you. I want be honest and upfront about what I’m doing and how changes in my life affect what I’ve said I can offer you. That’s important to me – I know how it feels to be lied to and I never, ever want to do that.

I hope you’ll understand why I made the decision to submit, despite being ready to hit ‘go’ on Amazon any second now. I also hope you’ll feel as happy for me as you were for Raven when her chance came up with Breathless Press. If you ask Da Shared Brain, she doesn’t expect to be so lucky twice in one year, but stranger things have happened.

I’ll keep you all informed.

I'm a thirty-*mumbles* year old (purple loving, cheese worshipping) author of fantasy, juggling a pair of beautiful twin boys with my burning desire to make up stories and write them all down. When I get the chance, I play games, listen to music, and in days long past I even ran a radio show. Though I occasionally write non-fiction, my heart lives in fantasy and my debut novel, Silk Over Razor Blades is now available through Amazon along with part two of the trilogy, Walking The Razor's Edge.
View all posts by Ileandra Young →
This entry was posted in Ileandra's Posts, Silk Over Razor Blades and tagged Angry Robot, I've had to change my plans, Ileandra Young, Marc Gascoigne, postaweek2014, silk over razor blades. Bookmark the permalink.

8 Responses to IY: The Whiplash of Change