Posted on November 20, 2014 by Raven ShadowHawk

Want to know how to drive yourself complete nuts? Promise your kids (and yourself) that you’ll tape (ha, there’s an old term for ya!) every episode of their favourite show and tweak it so that adverts and extra crap at the start and finish isn’t included in the file product. Listen to the opening theme over and over (and over) again and then realise that there are a brand new set of episodes that you didn’t know about. *head desk*

~Send one review request for any story in the Meeting Each Other Series
Next…!

~Ensure this month’s newsletter goes out on time
A day late. Better than never I guess.

~Attempt 500 words daily (I know, I know) of NaNoWriMo project if other jobs for the day are complete
On Tuesday night I was par. Now not so much.

And I know why my list looks like this too. I spent last weekend in bed. I won’t lie, I managed to get up long enough to go with the Funk Master to see the Christmas lights go on (which I hated by the way, I’m a fucking scrooge -_-). Beyond that I was in bed with a fever, not eating, not drinking and not actually sleeping all that much either.

So I wrote. Writing was much easier than anything else on this list and, if I’m honest, it kept me sane. Again for the beginning of the week.

Writing a first draft is one of the best parts about writing for me. I’m utterly free to do whatever I want and my fingers just guide me. I don’t even have to think all that hard, most of the time the story is there. So it was easier than going through my lists for reviewers, or tweaking existing products in need of fine editing.

On the one hand, yey me for writing stuff while feeling shitty. On the other… I should try to get to grips with some of the stuff I’m slacking on.

This WeekAnother email from Breathless Press. This one about marketing and promotion. Funnily enough this is the hardest thing I’ve had to do for them so far. I hate selling myself with words (blurbs and bios) – I’m very, very bad at it, even if it’s a skill I’m learning.  I understand the necessity of it – which is actually why I started these things looooooong before that email arrived – but I need the help of professionals to get things sounding right. I know that much.

That’ll do. I just don’t seem to be getting better so at least putting NaNo in as a goal means I’ll be doing something productive when lying in bed feeling sorry for myself. 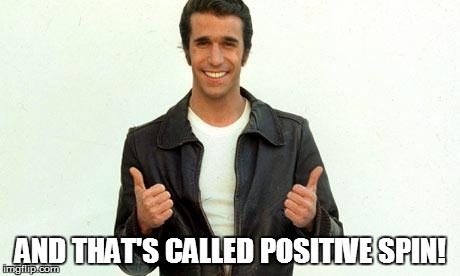 I take great pleasure in writing erotica and am merely one side of the proverbial coin. My other half, 'Ileandra Young' writes fantasy and the occasional comedy piece. My six-part series 'Meeting Each Other' is available in full, through Amazon and Smashwords while my debut novella 'Sugar Dust' is now re-released (!) available through Amazon via Little Vamp Press.
View all posts by Raven ShadowHawk →
This entry was posted in Goals Posts *haha!*, Raven's Posts and tagged goals for the week, nanowrimo, postaweek2014, Raven Shadowhawk. Bookmark the permalink.