Ack, October is nearly done! How did that happen? -_- 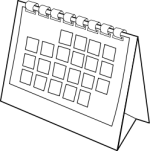 ~Write another 10,000 words of ‘Slippers & Chains: Picking Out Curtains’
Eeeyep! As at the time of writing, I’ve added another a 11,243 words. Hopefully by the time this goes live there will be a few more. I’m also quite pleased as the piece itself has leapt forward and additional 6k words (taking the whole thing to 32,434 words) because I was able to use some of what I wrote before making my outline. I’m now much further along and, dare I say it, beyond the half way point.

~Complete the first draft of my second Smexxy Snippet
Done. Hmm. Thought this would be harder, but once I put myself successfully (hopefully!) into the headspace of a Domme, it was easy to finish the piece off. It’s longer than the first and has a bit more depth to it. Apparently, despite the desire to write PWP, sometimes character development and emotion can’t help but creep in! 😉 Aaah well. It’s still a good, hard hit, which is what I want from these snippets. Lets see how I do when I start editing.

~Outline/plan the next eight Smexxy Snippets
Sorted. I know now what the first ten Smexxy Snippets are going to be and I have two of them written. When I have the third one done I’m going to start sending them in batches to alpha readers and then lining them up for release. I’d like to do one a month and keep that rolling over and while I work on other smaller projects, but we’ll see how it goes. Let’s not get too far ahead of myself, eh? 🙂 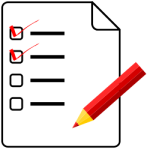 Considering my goals for this month I’ve got a hell of a lot more done than I thought I would. I can afford to relax now insofar as staying on top of the promises I made to myself for the month, but I really would like to get as far as possible through ‘Picking Out Curtains’ before November starts. I realise that’s on Sunday (!) and that DSB really needs to make a decision about NaNoWriMo, but for now I’ll just plod along doing what I do.

I take great pleasure in writing erotica and am merely one side of the proverbial coin. My other half, 'Ileandra Young' writes fantasy and the occasional comedy piece. My six-part series 'Meeting Each Other' is available in full, through Amazon and Smashwords while my debut novella 'Sugar Dust' is now re-released (!) available through Amazon via Little Vamp Press.
View all posts by Raven ShadowHawk →
This entry was posted in Goals Posts *haha!*, Raven's Posts, Slippers & Chains and tagged drafting, Raven Shadowhawk, round up of the week, slippers & chains: picking out curtains, Smexxy Snippets. Bookmark the permalink.