RS: My Next Indie Project

And before you (lovely, lovely) people freak out, I don’t mean right now. I mean (much) later when I actually have time to spend on doing something else. My ‘Meeting Each Other’ series is now complete (NOTE: Remember to update the pages) which means I have a gap to fill. Well… I don’t… but the ‘Slippers & Chains’ series will only take me so far and the lag time between writing and seeing it out there is enough that I could do more short stories in the same vein as ‘Meeting Each Other. 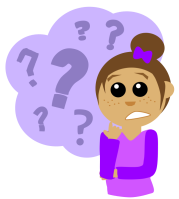 So What Should I do?

I had a couple of ideas. I think I talked about this in brief at the start of the year, dwelling mostly on the Raven’s Diary series I was sending to newsletter subscribers. But I don’t want to write just for subscribers. After all, how do I gather more people to me if I’m not writing for them? Hmmm?

One of the ideas I bandied around was a collaborative project with Ileandra. Something fantasy-esque with hints of supernatural and/or paranormal in it… But I don’t need her to do that. Yes, it’s her field, but I could do it too. Alone. Meep!

Another idea I had was skipping the indie path altogether and generating more stories for open calls for submissions. Maybe try to get on the books of another small press. Not a bad idea.

Or what about a collaborative project with someone else? Like pulling together a collection of stories for fun? No idea how I’d organise the logistics of that (just thinking of it now makes my mind twist) but it could be done. And I know who I’d like to ask.

Basically, I have lots of ideas and no direction. Part of that is because I know I won’t be doing any of this for some time. The rest of me just wants to know what you guys think before I commit. Y’know… testing the waters. :p

So what would you do? In my position? Or what would you like to see? What do you think would be amusing/entertaining/super smexxy falling out of my shiny purple pen of ‘lets write this shiz!‘?

I take great pleasure in writing erotica and am merely one side of the proverbial coin. My other half, 'Ileandra Young' writes fantasy and the occasional comedy piece. My six-part series 'Meeting Each Other' is available in full, through Amazon and Smashwords while my debut novella 'Sugar Dust' is now re-released (!) available through Amazon via Little Vamp Press.
View all posts by Raven ShadowHawk →
This entry was posted in Raven's Posts and tagged i need ideas, meeting each other series, Raven Shadowhawk, what should i write next?. Bookmark the permalink.

1 Response to RS: My Next Indie Project