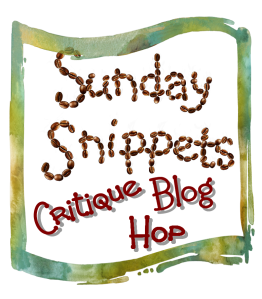 A weekend not quite so eventful as last week, but lovely none the less. And now the countdown for my lad’s first birthday begins. One week to go. Nutty! And only a little bit more than that before mine too. Exciting, right? ^_^

Anyway, I’ve been spending quite a bit of time thinking about short stories, flash and novellas and while mooching through my folders yesterday I found a piece of flash. It was clearly written from a prompt, but I can’t remember exactly what it was. Probably the first line. I’m thinking about sending it somewhere, so I figure the best thing I can do right now is get it looked at by you fine folks.

Now, I know this is breaking the rules just a tiny bit, but I’d like to post the whole story here. Its 470 words, so quite a bit over the 250, but I don’t really want to break it up. So, if you don’t mind, here’s the story. Such as it is.

Ask anybody what happens just before you die and that is what they tell you. I’ll tell you that it’s a disgusting lie. I know that for a fact because I’m about to die. It’s as inevitable a truth as the fact that I deserve it, but I can assure you, it is not my life I’m seeing right now.

I see the life of the man I killed.

I didn’t know him, but I know his type. Hard working, married with kids; all that sort of junk. He was a good, yet undeniably unlucky man.

I also see parts of my life that are never going to happen. The beautiful woman I might have married, the little kids I might have bounced on my knee. Hell, I can even see my hair falling out and my teeth turning to mush because I ate too much of my grandmother’s apple pie when I was just a kid. I’d feel bitter about the loss but for the fact that its my own fault. I’ve no right to complain.

Then, as the images fade out and you’re left with nothing but your own thoughts, the fear starts to creep in. First, you fake it out. Even now, part of me thinks ‘it can’t hurt any worse than it does right now.’ Then I realise that there really is nothing else after this. All that other stuff I might worry about fades into nothing as the darkness grows.

It really is dark now. The pavement, the blood, the spent shell casings, I can’t see any of it any more just like I can’t hear the sirens or the screaming of my partner as she tells me to ‘hold the fuck on!’ Hold on to what, anyway? My ID badge? My gun? Whole lot of good that did me.

They’re right about the light though; it really is there. Its starts small at first, but about the time the sound and vision goes, it starts to grow and it’s like the tiniest point of white which winks like a star. It’s warm too. Slowly, it grows to take up the whole of my vision and it’s so bright that I’d worry about going blind if there weren’t more serious problems on the table right now. There’s nothing I can do about it anyway.

I know what I’m supposed to do next; I’ve heard it enough times. A bit like that ‘life flashing before your eyes’ line, people tell you not to move towards the light. They never mention that you don’t have a choice. I certainly don’t; that bullet hit me square in the chest. I have no choice left but to head for the light; I sure as hell don’t think there’s anywhere else left.

Oh and I’d like to thank you guys as well. I did completely change my short story from last week but I did manage to send it off to the competition. I won’t hear back from them for quite some time, but various suggestions and pointers from you helped me do it. Ta very much!

I'm a thirty-*mumbles* year old (purple loving, cheese worshipping) author of fantasy, juggling a pair of beautiful twin boys with my burning desire to make up stories and write them all down. When I get the chance, I play games, listen to music, and in days long past I even ran a radio show. Though I occasionally write non-fiction, my heart lives in fantasy and my debut novel, Silk Over Razor Blades is now available through Amazon along with part two of the trilogy, Walking The Razor's Edge.
View all posts by Ileandra Young →
This entry was posted in Critique Blog Hop, Ileandra's Posts, Walking The Razor's Edge and tagged #CritHop, a short a day, caitlin stern, critique, Critique Blog Hop, flash fiction, Ileandra Young, it's jenny the wren, jennifer m eaton, jenny keller ford, jl roeder, jordanna east, jow owen, lets cut the crap, mandy eve barnett, mermaids singing, michelle ziegler, postaweek2013, richard leonard, short story, sunday snippets, wehr is my pen, woman bites dog, writers crash, wyrm flight. Bookmark the permalink.