Okay! It’s been a while so let’s dive on in with the basic tropes people expect when it comes to those delicious creatures known as vampires. Here are the top five (as I see them) in ascending order.

Vampires are strong, yo. Far stronger than the average human and capable of fantastic feats of strength, enough to make Mr Universe and all his friends look like puny weaklings. There are examples of them lifting cars, stopping trains, fighting dragons (dunno about that last one, but I’d love to write it!). On top of that, vampires are generally accepted to have spectacular senses, so improved eye sight, keen sense of smell and exceptional taste (heh heh heh).

This can’t be ignored. I don’t think I’ve come across more than a handful of examples in which vampires were sex on legs. Nosferatu may be the notable exception to that, but even he fell in love, chasing after a woman who had a hard time saying no.

3: Sensitive to or severely allergic to daylight

A biggie: vampires don’t like the sun. Of course that is not the case in Bram Stoker‘s Dracula (he was merely weakened by sunlight) and of course, the similarly famous (infamous?) vampires of the Twilight saga who sparkle in the sun. There are myriad reasons for vampire to avoid daylight, but avoid it they do. Unless . . . y’know . . . they’re Blade or something. o.O

Vampires maintain the apparent age of their turning. This makes for all sorts of fun shenanigans where vampires (usually male) fall for humans (usually female) who are decades, if not hundreds of years younger than them. *shrugs* Still, makes for some interesting story telling when you mix old cultures with contemporary ones.

The big one! All vampires drink blood. Usually human blood. I’m yet to find an example of vampires in film or literature in which they don’t do this. Some vampires may have matured beyond the point of needing blood, or they survive temporarily on animal blood but they do still drink it. Always. It’s their food and is often (though not always) linked to sex. 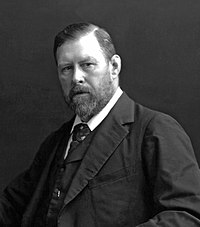 I guess my favourite traditional example of vampires has to be that of Bram Stoker. His vampire is able to express the deepest, most powerful love, and yet Dracula is a violent force of nature, capable of destruction in a manner few humans can dream. Not only that, but Stoker knocks the daylight issue on the head, simply by stating that, like the bat, day is not a vampire’s natural time, though he is capable of moving about in it. He is simply weakened. It is one of the tropes I’ve taken and used extensively in my own vampires, largely because I’m too damn lazy to work around stories that must take place at night. -_-

The most creative reason for avoiding sunlight I would (grudgingly) award to Stephanie Meyer, since the sparkling skin thing is certainly something I’d never heard of before she did it. Similarly, it’s a pretty damn good reason to stay out of the sun if a vampire is trying to stay below the radar. But the underlying messages of that and the rest of her books piss me off so much that I have trouble saying anything good about them without growling through my teeth.

I must admit, I also very much enjoy the device employed by Charlaine Harris, her synthetic blood (True Blood) is a brilliant way to bring vampires forward into contemporary society and yet make them safe to be around. Sure, they still have trouble with daylight, but they aren’t forced to attack humans to survive which means they are able to run businesses, raise families and gain political power in a world that knows and acknowledges them. Very clever. ^_^

I'm a thirty-*mumbles* year old (purple loving, cheese worshipping) author of fantasy, juggling a pair of beautiful twin boys with my burning desire to make up stories and write them all down. When I get the chance, I play games, listen to music, and in days long past I even ran a radio show. Though I occasionally write non-fiction, my heart lives in fantasy and my debut novel, Silk Over Razor Blades is now available through Amazon along with part two of the trilogy, Walking The Razor's Edge.
View all posts by Ileandra Young →
This entry was posted in FUN!, Ileandra's Posts and tagged blade, bram stoker, buffy, charlaine harris, dracula, fantasy creatures, human blood, Ileandra Young, nosferatu, Spike, stephanie meyer, true blood, twilight, vampires. Bookmark the permalink.