No, I just thought it would be nice to have something visual to use as a tool for promotion of ‘Sugar Dust.’

YouTube is almost as big a search engine as Google itself and generally these days when you search for something images and videos related to the search terms are right near the top. So why not have a book trailer right?

I can think of a tonne of reasons actually, not least of which: time is really quite pressing.

Heh, that’s why I’m not doing it. Oh, I had to lend my voice and a couple of choice body parts (don’t be nosy! You’ll see when it’s done!) but the majority of the work is being done by the Funk Master.

For those of you who don’t know who this is, the Funk Master is DSB’s other half.
Significant Other.
Baby Daddy.
Guy That Knocked Her Up.
😉 He’s also someone we all love very much and are incredibly lucky to have in our lives. 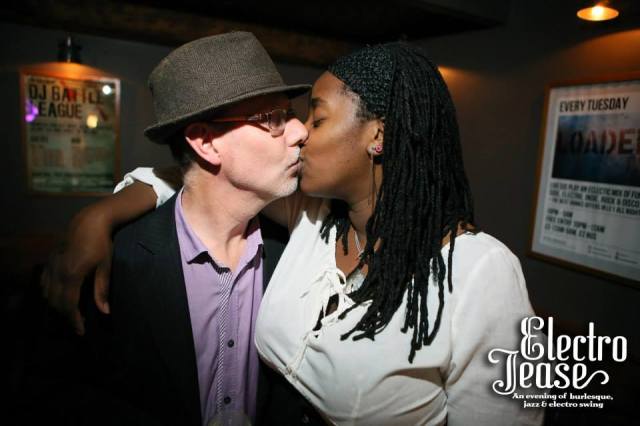 He also happens to be a very talented photographer, musician and film maker. Ha, I know, lucky us, right! So he’s doing all the work on shooting, directing, editing and I’m just milling around saying ‘but my arm huuuuuuuuurts!’ . . . To which he laughs and replies ‘I need you in the light!’

Anyway . . . yeah, that’s the news of the day! ^_^ As soon as there’s something to show, you’ll know about it for sure. I just wanted to let you know that it was coming.

I take great pleasure in writing erotica and am merely one side of the proverbial coin. My other half, 'Ileandra Young' writes fantasy and the occasional comedy piece. My six-part series 'Meeting Each Other' is available in full, through Amazon and Smashwords while my debut novella 'Sugar Dust' is now re-released (!) available through Amazon via Little Vamp Press.
View all posts by Raven ShadowHawk →
This entry was posted in Raven's Posts, Slippers & Chains and tagged book trailer, film maker, Funk Master, life of an actor and model, promotion and marketing, Raven Shadowhawk, Slippers & Chains, Sugar Dust. Bookmark the permalink.