Posted on September 8, 2014 by Ileandra Young

Ain’t it funny how the phrase ‘first world problems’ has become so common? And how quickly we, as people, have adapted the phrase to fit other problems. 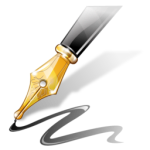 My current problems are certainly of the ‘first world’ variety. More than that, they are problems only experienced by authors and/or self publishing writers.

I’m doing the background fluff required to get my cover art produced for Silk Over Razor Blades. I’m excited because I get to talk with a bunch of arts that I’ve either loved for years, or have recently discovered and have, as a result, studiously stalked across the internet.

The interest in creating art for the story I’ve written is both terrifying and humbling. I had no idea I’d reach a point at which I’d have to choose between interested parties, rather than begging them to work with me.

Certainly a first world problem. An author problem. A self pubbing problem.

Problems I’m thrilled to have!

That’s all I’m going to say for now. I don’t want to talk overmuch about something that isn’t decided yet. I just wanted to check in and let you know that progress is being made.

I’m also getting positive feedback from my editor too and I should have the file back before the end of the month so I can work on it and do my bit. 🙂 It’s all getting very, very real. Let’s just put it like that. Yet another author problem that I’ve not experienced on this level before now. Gotta say, I’m loving it!

I might have taken the advice to ‘chill out’ a bit too seriously. Also, when I wrote last weeks goals I forgot that I was going to be off work for three nights because of a LARP. Something I didn’t keep in mind at the start of the week when I had two nights off. So I pretty much only worked on Tuesday. Ha! Oh well, it was a nice week and I feel refreshed, despite the ache in my bones from running up and down hills for two days.

Spend at least two nights NOT working*
Five nights. Heh. Yes, I worked in the day, so it’s not as bad as it sounds, but five nights off. Two of which were spent in a tent. Maybe that’s why I feel so light and bright right now.

Get at least three early nights sleep*
I did it. Some as a result of forcing myself to curl up under the duvet, and one because I had no choice. It was either lie down or fall down. :p

Find two potential cover artists and get in contact
Yup. Have two INCREDIBLE artists in mind right now. Both so wonderful that I’m considering commissioning both and using one for a ‘special edition’ cover and one for the ‘normal cover.’ Kinda depends on funds.

Outline marketing plan
Still no. It’s the sort of thing I would have done in the evenings but didn’t because I was sewing clothing or chilling with a DVD. Maybe this week?

*Again, not writing goals, but having them here is helpful to me as a reminder. So, going forward, I will continue to include these things in my list.

Sorry this is a bit of a scattered post. My head is still full of elves and orcs and goblins and beastkin, which makes it quite hard to write a sensible post. On the one hand, it’s wonderful because fantasy LARP has given me great fodder for future stories, but unless I can get my head out of The Vale it’s going to be a hard week for getting things done.

Snap out of it, Illy!

I'm a thirty-*mumbles* year old (purple loving, cheese worshipping) author of fantasy, juggling a pair of beautiful twin boys with my burning desire to make up stories and write them all down. When I get the chance, I play games, listen to music, and in days long past I even ran a radio show. Though I occasionally write non-fiction, my heart lives in fantasy and my debut novel, Silk Over Razor Blades is now available through Amazon along with part two of the trilogy, Walking The Razor's Edge.
View all posts by Ileandra Young →
This entry was posted in Goals Posts *haha!*, Ileandra's Posts, Silk Over Razor Blades and tagged author problems, cover artists, first world problems, goals for the week, Ileandra Young, LARP, self publishing problems, The Vale. Bookmark the permalink.