Good morning. Ish.
Today (after smacking Ileandra on the head so she can’t interrupt) I’m going to have me a rant. Just a small one, but a rant just the same. Buckle in. 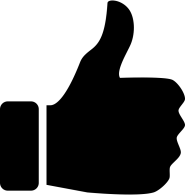 I first came across this concept on Facebook. I’m sure you know what I’m talking about. Someone posts a picture, or makes a comment. You look/read/watch it and think ‘yeah, that’s cool’ or ‘I agree’ or ‘wow, that’s the deepest and most profound thing I’ve ever seen!’ Not likely on Facebook, but bear with me, okay?

So you’ve had that thought. And what do you do? You ‘like’ the post. You click a little link beneath the posting to show the postee (is that a word?) and the rest of the world that you ‘like’ this post. And then you go on your way and forget about it.

Don’t argue, you do. Or most of you do. I certainly do.

After all, I’ve done my bit, haven’t I? I’ve become involved. I’ve interacted. I’ve let people know how I really feel about the content of this post and how much it touched me, right?

A few weeks ago Da Shared Brain found this post by a Facebook user who stopped using the like button. She read it, mused over it and thought she’d give it a try. Since then DSB’s Facebook experience has been far more pleasant. Not like the author of that post, because DSB never really experienced links like those highlighted. Having never really ‘liked’ stuff like that in the past, the issue never came up. But she did find that the social media platform known as Facebook has suddenly become exactly that; social. Making comments rather than just hitting ‘like’ opens up a dialogue between people. It allows one to actually say what one thinks rather than a generic-catch-all-could-mean-anything ‘like.’

It was only meant to be an experiment, but DSB will be continuing to comment rather than like for the foreseeable future. She likes it. Hell, I do too; our Facebook fan page has exploded with activity and I can only guess that this is related to what the personal profile of DSB is doing. It’s lovely being able to actually talk to people and I hope that continues.

I don’t know if it really is new – maybe I just missed it – but I’ve recently received notifications that people have ‘liked’ my comments. o.O Maybe I’ve been spoiled by DSB’s experience on Facebook, but I much preferred when people responded to my comments rather than just ‘liking’ them. Because I end up thinking ‘do they really?’ Do they like the comment as a whole, or just a portion of it? Does it resonate with them or did it make them giggle? Are they involved with what I’ve said or have they nothing to add so they just want to show their presence by clicking like (which is totally what I used to do)?

-_- It’s a tricky one. Particularly in the blogosphere because we’re all phenomenally busy people. As much as we would like to read every post, comment on every post, we just don’t have the time. Having a convenient ‘like’ button is a great way of showing that we are involved and that we do care, even if we don’t have the time to make a full comment. And I appreciate that function. But I do wonder if the fact that I have so little times means that I should just pare things down and devote more of my attention to a few things, rather than a fragment of my attention to many things.

Anyway, that’s my rant for the day. Not so much a rant, I suppose, as a series of observations.

I take great pleasure in writing erotica and am merely one side of the proverbial coin. My other half, 'Ileandra Young' writes fantasy and the occasional comedy piece. My six-part series 'Meeting Each Other' is available in full, through Amazon and Smashwords while my debut novella 'Sugar Dust' is now re-released (!) available through Amazon via Little Vamp Press.
View all posts by Raven ShadowHawk →
This entry was posted in Procrastination, Raven Rantz, Raven's Posts and tagged Facebook Likes, give up the like btton, interaction is key, postaweek2014, raven rantz, Raven's goals, Raven's Posts, social media, wordpress likes. Bookmark the permalink.