Why ‘Romantic Rape’ Is Not Cool

Seems like an odd thing to talk about, but as I mill about the internet I see so much of this conversation that I feel it’s probably about time for me to stick my oar in.

First of all, do you guys know of Brian Keene? If not, you should, he’s awesome. Get on over to his blog right now and read up on all the cool stuff he talks about. This post in particular made me sit up straight and realise just how blinkered I am to some of the issues in the world. I do spend a lot of time in my own kinky bubble, but every now and then I look out through the iridescent sides and feel a little flicker of panic.
People getting threatened with rape? On social media? This is a thing?!

Like millions of others in the world, I’m lucky enough to be able to hold my head up and say I’ve never been raped. But there are millions of people in the world who don’t have that luxury. Hell, people very close to me have suffered that terrible ordeal and every time I think of it I feel so sick inside that I’m sure parts of me curl up and die. Part of me writhes in shame; shame that the species I belong to could treat another of their kind so abysmally.

While that wasn’t the first time such issues became apparent to me, it was probably one (of the many) catalysts that has led me to feel so strongly.

Then, last week, again while mooching, I found this post in my WordPress Reader. If you can’t be arsed to have a look (for shaaaaaaaaaame) the post is from Red Sofa Literary and talks about sex scenes and consent. Particularly why this agent rejects manuscripts in which the hero(ine) is coerced into sex.
Now… it may not appear that this person is coerced. They may be reluctant at first but the truth of this character is that they’re afraid to get caught, or it’s an inconvenient moment or they’re guilty over something else or their favourite TV show is on. Whatever the reason, they may say ‘no,’ but it’s only a flimsy cover for the fact that they really, really (like really, really!) want to have sex. So this other person teases them, coaxes them, eases them into what is, eventually the most mind-blowing and incredible sex the pair have ever had.

Am I right?
You’ve read something like that before, I’m sure. I know I have.
And I know that I’ve sat there thinking the piece of writing was sensual and sexy and thrilling and wonderful. 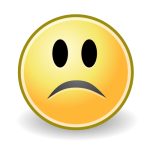 But it’s not. It’s so, so not. And I’m ashamed that it took reading Laura’s post to make me realise that fact.

What is rape?
Well, Wikipedia has this to say:

Rape is a type of sexual assault usually involving sexual intercourse or other forms sexual penetration initiated against one or more individuals without the consent of those individuals. The act may be carried out by physical force, coercion, abuse of authority or against a person who is incapable of valid consent, such as one who is unconscious, incapacitated, or below the legal age of consent. The term rape is sometimes used interchangeably with the term sexual assault.

Hmm, okay. Seems pretty clear. But what are the key words in this definition?
Let’s see… *skims* To my eye, the key word in the whole of that paragraph is consent. Look at it again, the word comes up three times.

In the examples I gave above, the hero(ine) was reluctant to engage in sexy play for a number of reasons. They probably said ‘no’ at some point, right? Well, isn’t what follows a direct disregard of their wishes? Like Laura says, a coerced ‘yes’ is just as bad as a ‘no.’
Because it’s still a ‘no.’
It’s no different (well it is, but bear with me) from saying ‘fuck good and fuck me quick or I’ll strangle your cute little puppy.’
Icky, right? Horrible? Sick? Scary?
So why is coercing somebody in more animal friendly ways any less disturbing?

Well I could probably write a whole post about that. Maybe I will some day, but for now, what I want to say is this:

One
Rape is real. It’s not a game. It’s not about sex, but power and one person (or several) holding it over another and that is scary shit.

Two
There’s no such thing as romantic rape. ALL sex should come with a good, strong dose of consent. If it doesn’t, that’s just plain rape. And, as I’ve said above, it’s not cool.
Just because someone eventually comes to enjoy themselves, or ‘gives in’, doesn’t mean that they didn’t at first say no. You may not get arrested for it, particularly if the sex was good (KIDDING!!!) but it is still rape.

Three
‘Romantic rape’ has become so ‘normal’ that even someone as squishy and gentle as me (yes, I am, honest), didn’t see it for what it was until the fact was shoved in my face by someone else. Normalising ‘romantic rape’ just helps pave the way for less cheerful rape to be seen as acceptable behaviour. Which it’s not.

So there we go.
I think, in future, I’ll be attaching a warning to my future pennings, in the same way as awesome comic artist and story-teller Tab Kimpton:

I take great pleasure in writing erotica and am merely one side of the proverbial coin. My other half, 'Ileandra Young' writes fantasy and the occasional comedy piece. My six-part series 'Meeting Each Other' is available in full, through Amazon and Smashwords while my debut novella 'Sugar Dust' is now re-released (!) available through Amazon via Little Vamp Press.
View all posts by Raven ShadowHawk →
This entry was posted in Raven Rantz, Raven's Posts and tagged Brian Keene, consent is sexy, rape is not sexy, Raven Shadowhawk, Red Sofa Literary, romantic rape is not cool, Tab Kimpton, there's no such thing as romantic rape, when is sex not sexy. Bookmark the permalink.

9 Responses to Why ‘Romantic Rape’ Is Not Cool