Apparently I need to learn more of how to stick to the goals I set in the week rather than racing off into the sunset with a bunch of new stuff that just happened to sound cool. *shakes head* No discipline, that’s my problem. *snerk*

Though, even as I say that, I acknowledge that in excess of 3,000 words on my next story is nothing to be sniffed at. Particularly since I did that in an hour. So… you know….

Last week
~Come up with a better way to list these goals
Nah. I like this way. It’s efficient and neat. And, let’s face it, not a good use of my time playing with all the other options I have. I should be using that time to right stories for you people. So I’m going to do that instead.

~Contact my lovely photographer about photoshoot for me and Ileandra
Done. Getting there. Just a case of matching up schedules now. Which should be fun. Really looking forward to showing you these pics when they come out. It will be nice to have a (separate) face.

~Make some decisions about the website to come; hosting options, colour schemes and exact content
Decided on structure and bones of content. But the rest…? Not had time. Ah well.

~Re-record initial Slippers & Chains segments
Only got the camera on Saturday. Nice though. I’ve done a test run (looks niiiiiiiice) so hopefully I’ll have those ready by next week.

~Finalise front/back data for ‘Carol, Niall & Lin’
Done. In fact, I have the final files. Very exciting. I’ll have more news about that as time goes on.

This Week
I need to pay attention to the things I missed last week (and get used to MY week starting on a Thursday. Once I’m in that mindset I’ll be better off). And actually DO the goals rather than other stuff.

Better. And it seems like I’m getting ahead of the game. Which is nice.

NOW!
Fun stuff…
15 days to go until ‘Carol, Niall & Lin’ is available to you fine folk. That means it’s time to give you fun things! So, to whet your appetites I have some quote art for you. Hope you like. ^_^ 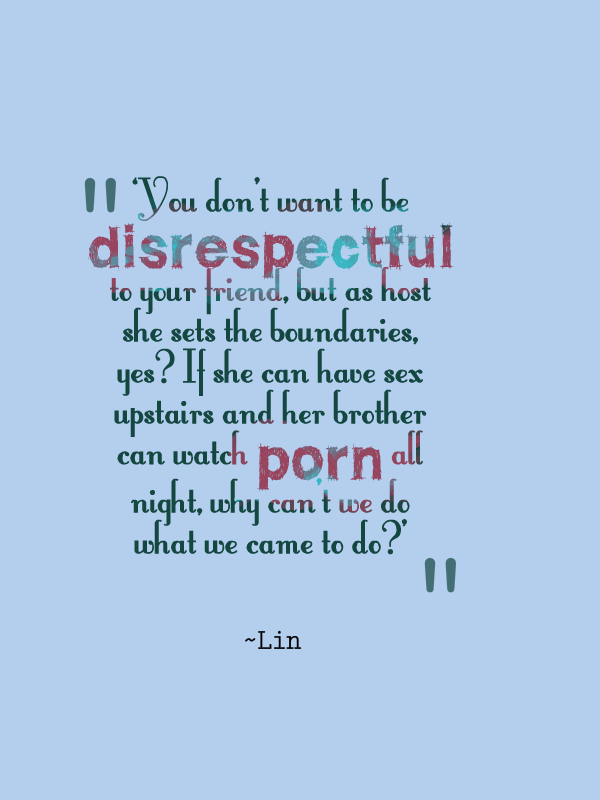 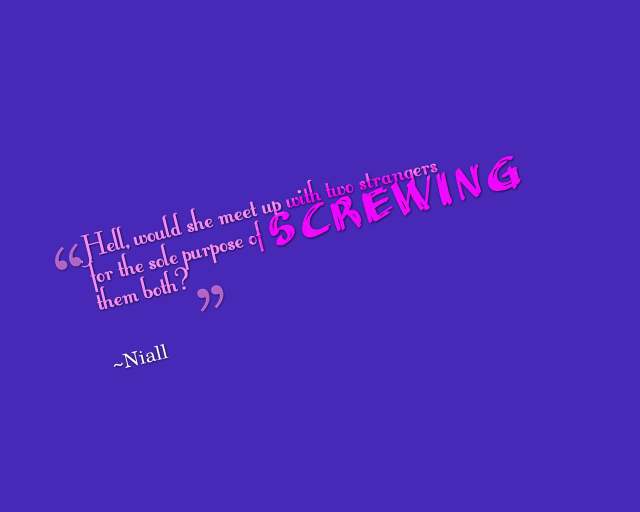 I take great pleasure in writing erotica and am merely one side of the proverbial coin. My other half, 'Ileandra Young' writes fantasy and the occasional comedy piece. My six-part series 'Meeting Each Other' is available in full, through Amazon and Smashwords while my debut novella 'Sugar Dust' is now re-released (!) available through Amazon via Little Vamp Press.
View all posts by Raven ShadowHawk →
This entry was posted in Goals Posts *haha!*, Raven's Posts and tagged carol niall and lin, goals, meeting each other series, postaweek2014, Raven's goals, Raven's Posts. Bookmark the permalink.