If you could tell the world just one thing, what would it be?

Okay, first of all, can I just say: 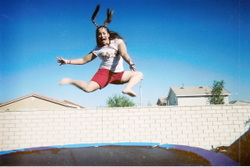 I DID IT!
I FREAKING DID IT!

I made it to the end of the challenge! I never thought I’d keep up with the blog this long, let alone manage something as structured as a real challenge. ^_^
From the first post back in May last year, all the way through to now, I have been posting a response to the writing prompts provided by Tom Slatin at least once a week. Sometimes twice.

I’d like to thank Tom again for letting me use his prompts and providing them in the first place. At a time when I had no idea how to populate this blog, his list proved totally invaluable. Next I’d like to thank all of you guys for sticking with me while I worked my way through these questions. If you joined me half way through or have been around from the start, thank you for joining me on the ride (heh, starting to sound like an Oscar acceptance speech, isn’t it?). I hope its been as much fun for you as it has been for me.

I do have ideas for where to head next, though I plan to allow myself a small break first before diving into another challenge. What I have in mind involves a rigorous and strict editing schedule and while I’m still stuck on SORB, I need to give that my full attention. Distractions are bad… even fun, creative ones.

So… I guess I’d better answer the question, huh? 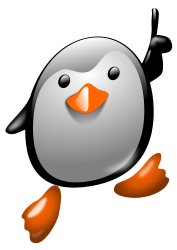 One thing? Well, instead of cheating – like I usually do – I will actually pick just one thing.

It was a tricky decision, truth be told, but in the end, I think I’d give the world one sage piece of advice;’Be nice.’

There are lots of religions in the world with big ideas, and fancy texts and rules that people should follow but its all pretty simple. Great deities and their various preferred methods of worship hold little to no interest to me. In fact, I took a giant step away from organised religion a long time ago (something else I’ve talked about in this challenge in a couple of places here, here and here), but I firmly believe that if you take each and every religion, any one of them, and strip them down to their most basic elements… the message is the same in every single one. And it is this: be nice, dude.

Think about it? All ten of those commandments? The path to enlightenment? All of it is about being nice to others and to yourself.

So if I could tell the world one thing (and expect them to listen), I’d say, just be nice.
That’s it! 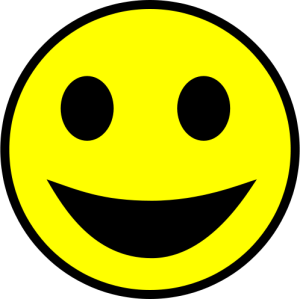 Think about it; how much nicer would the world be as a whole if everybody followed that advice?

My 80 Post Challenge is brought to you with help from Tom Slatin’s 80 Journal Writing Prompts.
Also… note… that some of the questions in the original list are duplicated, so these later entries include questions from Tom’s second list.

I'm a thirty-*mumbles* year old (purple loving, cheese worshipping) author of fantasy, juggling a pair of beautiful twin boys with my burning desire to make up stories and write them all down. When I get the chance, I play games, listen to music, and in days long past I even ran a radio show. Though I occasionally write non-fiction, my heart lives in fantasy and my debut novel, Silk Over Razor Blades is now available through Amazon along with part two of the trilogy, Walking The Razor's Edge.
View all posts by Ileandra Young →
This entry was posted in 80 Post Challenge, Ileandra's Posts, Real Life Chatter and tagged 80 Post Challenge, be nice, good advice, ileandra, Ileandra Young, postaweek2012, religion, writing. Bookmark the permalink.