Where Do My Characters Come From?

Posted on November 3, 2011 by Ileandra Young

I get asked this a lot. For some reason people seem to think it should be horrifically difficult to come up with a character idea or concept or outline. For me, it doesn’t seem to be . Which is nice. ^_^

Everywhere you look there are people just begging to be put into some sort of story; be it a novel or a short story. Even flash fiction. The truth to the question is simple; characters are everywhere. Some of them, yes, do spring entirely from the dark and murky depths otherwise known as my imagination, but others of them are from people I know, or people I wish I knew.

Here, let me tell you a couple of places where I tend to get my characters: 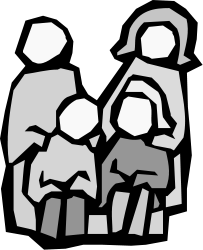 My Family
Its nuts, but my family is large enough that its a veritable well of characters. In fact my mum, dad and (youngest) sister all feature in SORB in some way. Though my sister has turned into a brother sort of character (shhh, don’t tell her!). It happened originally because it was easy (I was only fourteen, remember) and the easiest way for me to make those characters real was to draw on real conversations and situations I had experienced with them. Its less true now; as the story moved from To Be A Teenage Vampire to Silk Over Razor Blades, my writing style refined and so did the characters. Now, because I know my family, I can still see traces of them in the Ray, Grace and Miles characters, but they are no longer carbon copies of my father, mother and sister respectively.

The way I see it, many family members would be honoured to feature in some way, in a book that they thought was going to make it onto book store shelves one day. The rest, would just be confused that you choose to write about them rather than picking up the phone and talking to them if you want to get close.

Still if you’re going to be stuck with a family for your entire life, then the least they can do for you is allow you to write amusing things about them, put them impossible situations and basically take out all the frustrations on their characters that it may be somewhat illegal to do in real life.

Am I right or what?

My School/University
There are still characters in SORB that come from friends I had in secondary school. A bit like Ileandra’s family, her friends have also refined themselves and become far more than simple copies of my best friends through GCSEs and Sixth Form. But it can’t be denied that somewhere like University throws you in, quite suddenly and quite completely, with a bunch of people the like you have probably never encountered before.

I was reasonably sheltered before coming to Leicester. Not in that I didn’t know the world, but more in that the people I knew lived where I lived, went to the same places I did and knew the same things I did.

Coming here and going to university was like a slap in the face with a wet fish. People from all over the country. Outside the country. People of different colours and religions and sexual orientations that I had never, ever been exposed to back at home. When I arrived – after I got over the Fresher’s first instinct to drink as much as possible before puking and then start all over again – my imagination was buzzing with the possibilities of what I could do with these people.

Since it was all new to me, it was incredibly easy to take these people and all their funny quirks and habits and roll them into all manner of amazing characters. HouseMates, a sitcom I began writing in my second year of university, was about myself and my two house mates (funnily enough). The three characters were very much versions of us on paper (we were funny enough to hold up any sitcom thank you very much; some of the silly shit we got up to just begged to be documented somehow!), but the three lads from the piece are the best pieces of all the people from my year group while I was studying. I took the aspects of people that fascinated me the most and mixed them up into three sex-starved male students who terrorise the girls across the street. I’ll always thank university for what it gave me (and I haven’t even mentioned the lecturers I’ve used!). 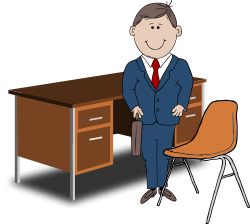 My Work
I’ve worked for the same company for six years now. I’ve seen a lot of people come and go. Before that I worked for Asda and I’ve done several volunteering stints in schools and charity shops. So I’ve been around a lil bit. But work is like university, only for grown ups. There you’ve got a new layer to add on top of how different people are.

You’ve got corporate structure. You’ve got inter-department teams. You’ve got company sites that might span across three different cities, each with staff of utterly different skill sets and ideas.

My place of work is a place where I could happily sit and people-watch for hours! …if there wasn’t so much work to do. And all the different characters, personalities, conflicts, dramas and comedy moments that unfold are perfect fodder to make characters with.

Try it. Seriously. Go to work tomorrow and spend five minutes just picking out interesting features of the people next to you. It won’t take long before you’ve gathered enough interesting bits and pieces to start building a character for your next project. Or to build a character around which your next project will revolve! It just depends on which way around you prefer to work.

Random Strangers On The Street
Brilliant. Less so, that some of these other categories, but great for physical attributes that you might not think of on your own. Just things that make parts of your character feel that little bit more authentic; a scar, or a tattoo. Maybe an interesting birthmark or distinctive walk that suggests a leg injury. These are things that don’t necessarily come to my mind at first, but I use them when I see them on people.

There was a girl in my primary and secondary school who had an incredible birthmark on her face. She probably hated it, but I always thought it was kinda cool; something like that, for instance, can tell a story if its part of a fantasy piece (I’ve done the same sort of thing in SORB with a birthmark).

You’re never going to be able to learn enough about a stranger to make a full character out of one, but you can certainly nab things about them that you like. 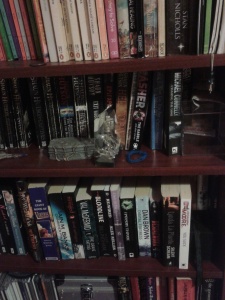 Books, Films, Music and TV
The saying is that nothing is original any more; that its all recycled. That’s only true to some degree. I feel that what people miss is that the greatest ideas that people have, often stem from other things. Its not about stealing ideas or characters or plots. Its about using them as a spring board for your own work.

My Michael Garran character (played on the Ice Wolf Tavern) would not exist without Shaun Hutson’s Sean Doyle character. Not that Michael is a copy of Sean, but there are aspects of the Sean character that I loved so much that I knew they would be absolutely perfect in a roleplay character. And, funnily enough, he has become one of my absolute favourites!

Another character of mine, Myst Sumner was inspired by a comic I’ve been reading. I picked it up somewhere in the middle of the first story and have stayed with it ever since. I adore the comic and Tab’s incredible skill in story telling and the only way I could think of to express that was to create a character for the Ice Wolf Tavern with similar issues to some of those featured in his comic. I haven’t had a chance to play Myst all that much, but I hope I do because that story is just begging to be told. Hell, it could even end up as a novella if I have the time. 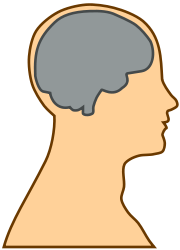 My Own Mucked Up Head
Yeah. That are characters that just spring out of the dirt of my mind into fully formed daisies. Diavian Hatara is one of those and perhaps because of that, she is a character that takes very little effort to write. She writes herself and says/does/feels things that, at times, terrify me. Mainly because I can’t identify that they’ve come from anywhere else but my own head. Oooh, I’ll have to give you an excerpt of her story one day. Maybe then you’ll be able to see what I mean.

Anyway, that was longer than I intended, but that’s a nice full answer. My characters come from everywhere, even dreams and as long as I have all of things around to inspire me, creating more and more of these characters should continue to be easy.

I'm a thirty-*mumbles* year old (purple loving, cheese worshipping) author of fantasy, juggling a pair of beautiful twin boys with my burning desire to make up stories and write them all down. When I get the chance, I play games, listen to music, and in days long past I even ran a radio show. Though I occasionally write non-fiction, my heart lives in fantasy and my debut novel, Silk Over Razor Blades is now available through Amazon along with part two of the trilogy, Walking The Razor's Edge.
View all posts by Ileandra Young →
This entry was posted in Ileandra's Posts, Illy Tips and tagged books, character, comic, idea, ileandra, Ileandra Young, inspiration, postaweek2011, words, write, writer, writing. Bookmark the permalink.