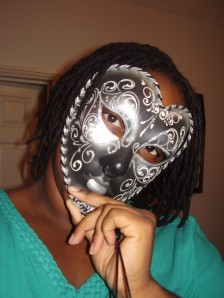 Today? -_- I learned that I have a really weird voice when I’m excited. Like… kinda snuffly and wacky, or, more specifically, a bit zaaaaaaaaaaaaaaaaaaaaaaaney. o.O

I’m listening to some old radio shows, because I’m trying to find a way to upload them to this site on a bit of a permanent basis. Whilst doing that, I can honestly say that hearing my own voice gush about my birthday is just the most bizarre experience I’ve come across for a while.

I’ve also learned that I have grown a great deal since then. Not that this was long ago; in fact, this particular radio show is almost a year ago exactly, but it was one I did on my birthday. In that year I’ve done so much and been through so much that even though I sound the same (probably) I’m really not the same person. I’ve matured. 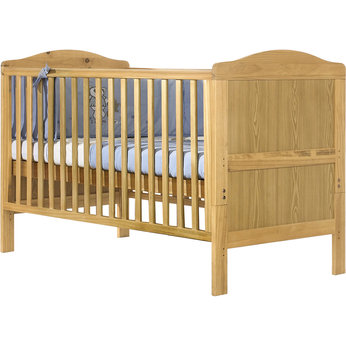 Photo curtesy of Babies R Us.

Yesterday? -_- Yesterday, I learned that cots (or cotbeds) cost a shit load of money! Considering that they are for very (VERY) small people, they cost a fortune! And their posh mattresses with foam and springs and iso-metric-funky-breathable-waterproof-layer-ness!

Standing in Babies R Us nearly made me sob as I looked at some of those prices. Though I will admit that the threat of tears were a curious mix of pleasure at buying things for my babies and horror at the cost.

I handed over my card at the till and quietly thought; ‘the last time I spent this much money in one go, I was probably paying for my holiday to Tenerife.’ Blimey.

So how does that count? Suitable learning curve?

The cots are nice though, just as an aside. Its the one in the picture. We’ve got two of them upstairs in massive cardboard boxes waiting to be put together. *sigh* Now that’s going to be a real mission!

I'm a thirty-*mumbles* year old (purple loving, cheese worshipping) author of fantasy, juggling a pair of beautiful twin boys with my burning desire to make up stories and write them all down. When I get the chance, I play games, listen to music, and in days long past I even ran a radio show. Though I occasionally write non-fiction, my heart lives in fantasy and my debut novel, Silk Over Razor Blades is now available through Amazon along with part two of the trilogy, Walking The Razor's Edge.
View all posts by Ileandra Young →
This entry was posted in 80 Post Challenge, Ileandra's Posts, Real Life Chatter and tagged 80 Post Challenge, babies, babies r us, blog, cost, cot, cotbed, expensive, ileandra, Ileandra Young, radio, Radio ILL-LAY!!!, twins, write. Bookmark the permalink.